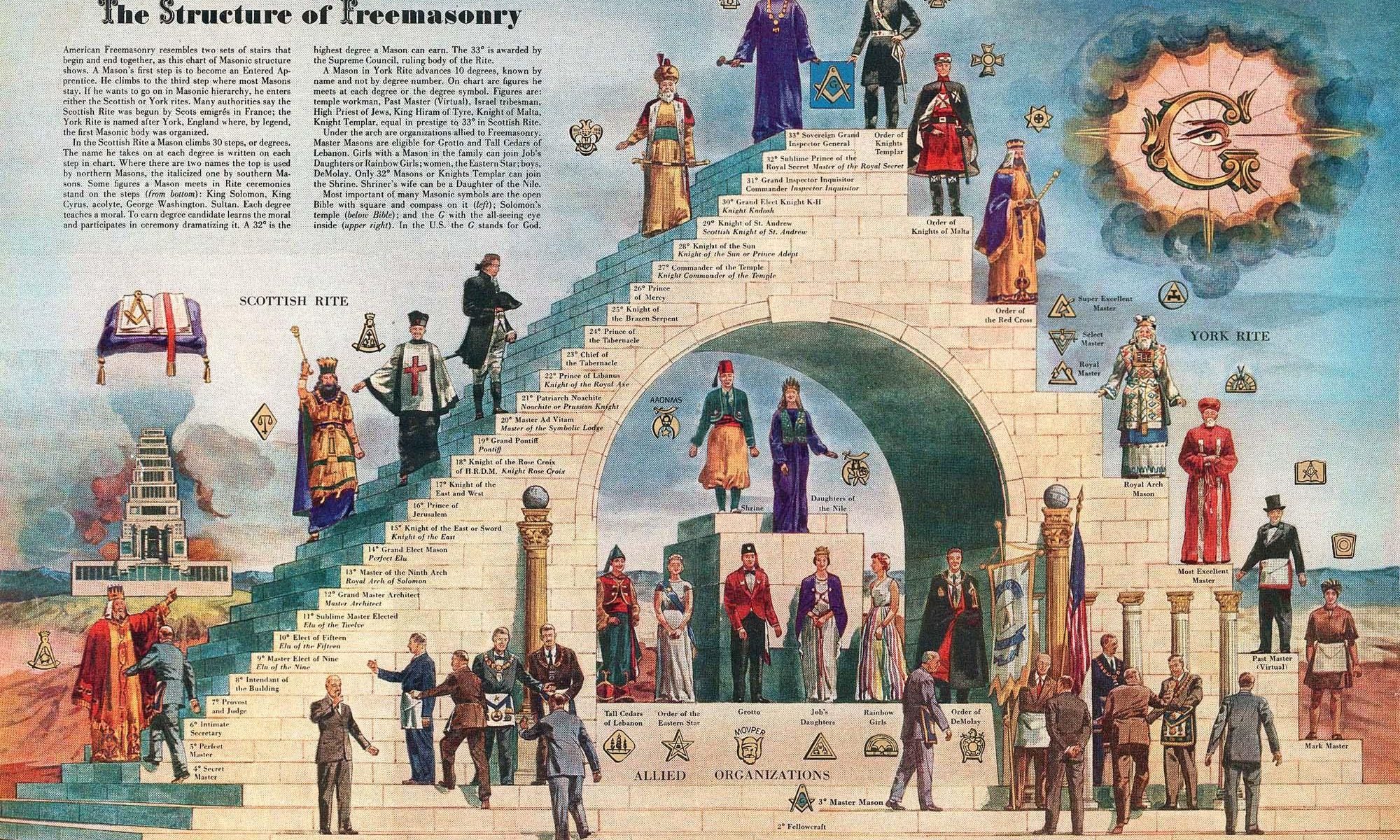 Which pages of the Holy Book are opened during degree work?

Freemasons who wish to actively participate in degree work will have to memorize passages of scripture for proficiency.

This removes much of the mysticism of each verse’s actual meaning and makes it much easier to remember the words, once you understand what is truly being said within the context of its ongoing flow…especially the Masonic Degree Verse in the 3rd degree.

In play form, the Masonic Degree Verse in Ecclesiastes can be acted out with gestures to enhance the experience and promote the Masonic knowledge of your brothers.

Below is the Masonic Degree Verse for each of the 3 degrees to which the Christian Bible is opened when performing each of these specific degrees and a discussion of its meaning.

The square lies on top of the compasses (the opposite configuration of a Master Mason’s square and compasses.)

Verse 1:  “Behold, how good and how pleasant it is for brethren
to dwell together in unity!

Verse 2:  It is like the precious ointment upon the head, that
ran down upon the beard, even Aaron’s beard: that
went down to the skirts of his garments;

Verse 3:  As the dew of Hermon, and as the dew that
descended upon the mountains of Zion:
for there the
LORD
commanded the blessing, even life forever more.”

Who was Aaron?  Aaron was Moses’ brother, and the first High Priest under the Mosaic covenant.

Hermon is a mountain (or technically, a range of high mountains on the northern boundary of Israel.  Mt. Hermon’s snowcapped peaks were a source of ice, aka (also known as)  “Ice mountain”.  The Six-Day War not only gave Israel control of Jerusalem, but also of the Mount Hermon area (Golan Heights).

The Masonic degree verse of the Entered Apprentice Degree represents Youth, when the body is strong.  Those who walk in the ways of the LORD are rewarded the blessing of eternal life.

Verse 7:  “Thus he shewed (archaic word meaning “showed”) me: and, behold, the
LORD
stood upon a wall made by a plumbline,
with a plumbline in his hand.

Verse 8:  And the LORD said unto me, Amos, what seest thou?
And I said, A plumbline.
Then said the LORD,
Behold, I will set a plumbline
in the midst of my people Israel:
I will not again pass by them any more.

This Masonic degree verse,… then, as now, denotes the LORD’s plumbline which represents uprightness of conduct throughout one’s life.  The Fellow Craft degree denotes middle age.

The Master Mason has learned to circumscribe his passions.  (See the Point Within a Circle.)  Therefore, the compasses lie on top of the square.

Verse 1:  “Remember now thy Creator in the days of thy youth,
while the evil days come not,
nor the years draw nigh,
when thou shalt say,
I have no pleasure in them;

Verse 2:  While the sun, or the light, or the moon,
or the stars, be not darkened,
nor the clouds return after the rain:

Verse 3:  In the day when the keepers of the house shall tremble,
and the strong men shall bow themselves,
and the grinders cease because they are few,
and those that look out of the windows be darkened.

Verse 4:  And the doors shall be shut in the streets,
when the sound of the grinding is low,
and he shall rise up at the voice of the bird,
and all the daughters of musick
shall be brought low;

Verse 5:  Also when they shall be afraid of that which is high,
and fears shall be in the way,
and the almond tree shall flourish,
and the grasshopper shall be a burden,
and desire shall fail:
because man goeth to his long home,
and the mourners go about the streets:

Verse 7:  Then shall the dust return to the earth as it was:
and the spirit shall return
unto God who gave it.”

This Masonic Degree verse found in Ecclesiastes Chapter 12 describes the infirmities of age.  When a Master Mason degree, (or third degree) is being worked, the Holy Book is opened to this passage in Ecclesiastes, which according to Jewish tradition, was written by King Solomon as a book of contemplation and his own personal self reflection.

What do these lines of Masonic Degree Verse actually mean?

Let’s take a look at them again.

“Remember now thy Creator in the days of thy youth”:  This alludes to the fact that as we grow older, each of us fondly remembers the glorious days of our youth when all things were possible.

With the hindsight of age and experience, advice is given to youth to “gather the harvest while they are young” because as we age, we change and are not able to enjoy things with the same lightness of heart.

“While the sun, or the light, or the moon,  or the stars, be not darkened,” refers to the fact that as we grow older, our eyes begin to fail.

It is also an allegory to remembering back to the time when life looked bright with promise before the “twilight years” and “sunset years” of our lives.

“nor the clouds return after the rain:”  Rest and recuperation take longer as we age.

“In the day when the keepers of the house shall tremble”, refers to no longer being able to take care of yourself.

“and the strong men shall bow themselves” refers to the body’s degeneration process and the inability to physically walk without stooping.

“and the grinders cease because they are few,” refers to the loss of teeth.

“and those that look out of the windows be darkened” refers to failing eyesight.

“And the doors shall be shut in the streets” refers to no longer being able to hear the noisiness of life due to deafness.

“and he shall rise up at the voice of the bird,” refers to aged people being unable to sleep and arising early.

“and all the daughters of musick shall be brought low” refers to changes in the vocal chords which change and bring about a coarser and less melodious quality to the voice.

“When they shall be afraid of that which is high, and fears shall be in the way.”

Elderly people become unfamiliar with the speed of which the world changes.  Also, as we become older, our reflex speed decreases and things that we once tackled with abandon; we are now more cautious to attempt.

“And the almond tree shall flourish.”

Almond trees have large, delicate, snow-white blossoms.  Figuratively, this means that our hair turns to white.

“And the grasshopper shall be a burden.”

When we are young, hope springs eternal.  The grasshoppers that plagued the farmers were something to be dealt with by completely replanting the field, as a young man can withstand a total loss and look forward to the hope of the following seasons.

“And desire shall fail.”

The dreams which take a long time to come to fruition are not as desirous in the elderly as in youth because they know they do not have the time to learn and work them to obtain the desired results.  The gradual decrease in physical desire also diminishes in both male and female.

“Or ever the silver chord be loosed, or the golden bowl be broken.”

“Or the pitcher be broken at the fountain.”

Having a desire to urinate, but being unable to do so.

“Or the wheel broken at the cistern.”

The body contains all its blood, (the cistern is full), but the heart’s pumping action (the wheel) ceases.

“Then shall the dust return to the earth as it was; and the spirit shall return unto God who gave it.”

This last portion of the Masonic degree verse refers to “ashes to ashes, dust to dust”, which are still the words voiced when we inter (bury) the dead.

While this Master Mason, third degree Masonic degree verse may seem unduly depressing to some, as it describes the deterioration of each individual part of the body; it accurately describes our journey through life and makes us ponder on our choices.

While it describes the deterioration of our physical “temple”, and the passages of time which happen to each of us, we must remember that our ending is the same as our beginning.

The LORD created us, gave us HIS commandments of law and it is to him that we return…which is the final triumph…the one treasure in life that cannot be taken away.

If you have lived your life properly, old age is no longer “the evil days”, but becomes instead, reminiscent of the harvest…the love, the friendships, the experiences and the fond memories…

…the true cornucopia of receiving the “plenty”.